Please Note: This Product has been discontinued

The RB-VHDDD8 is an SDI audio de-embedder and re-embedder with Dolby E & Dolby Digital Decoding capabilities. It de-embeds and decodes a selected Dolby E or Dolby Digital bitstream embedded in the video input. The outputs from the decoder and the de-embedder can then be re-embedded onto either of the two SDI outputs and also transmitted on a BNC or D-type situated on the rear panel. The encoded Dolby bitstream is also available via a dedicated output on the rear panel.

It has a triple rate SDI receiver with automatic input rate detection and equalisation along with two re-clocked and individually buffered SDI outputs. It supports the full range of single link 3G, HD and SD standards from NTSC and PAL up to 1080p 60Hz.

The metadata output from the decoder is transmitted using RS-485 via the external 9-pin D-type on the rear panel and can also be embedded into the vertical blanking space (SMPTE-2020) oof the two SDI outputs.

There is also remote I/O available from the rear panel through a 25 way female D-type connector. These are fully configurable.

The unit is controlled locally through the front panel display but can also be remote controlled via an Ethernet connection using the Sonifex SCi software.

There is independent level control for every channel, which can be adjusted from -24dB through to +24dB in 0.5dB steps.

Audio embedding is the process of taking one or more audio signals, formatting them into packets and then placing them into the ancillary or blanking space of a video signal. Audio de-embedding is the process of retrieving this audio data from the video signal but not necessarily removing it. These two processes are standardised by two SMPTE documents, SMPTE-272M for SD-SDI and SMPTE-299M for HD-SDI and 3G-SDI.

Both of these standards allow for the embedding of 16 channels of 24-bit, 48kHz audio. Which are divided down into 4 groups of 4 channels. 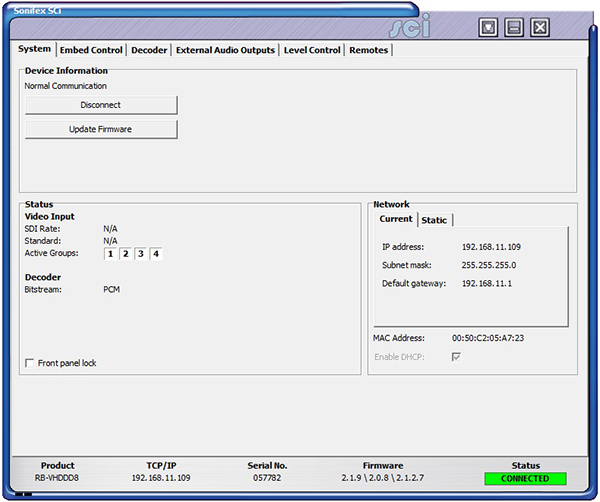 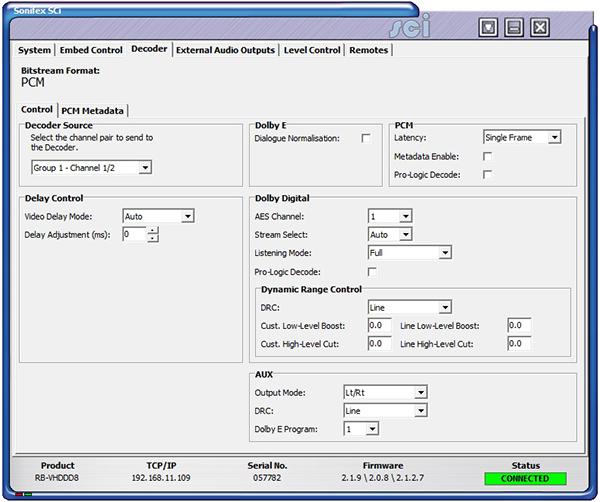 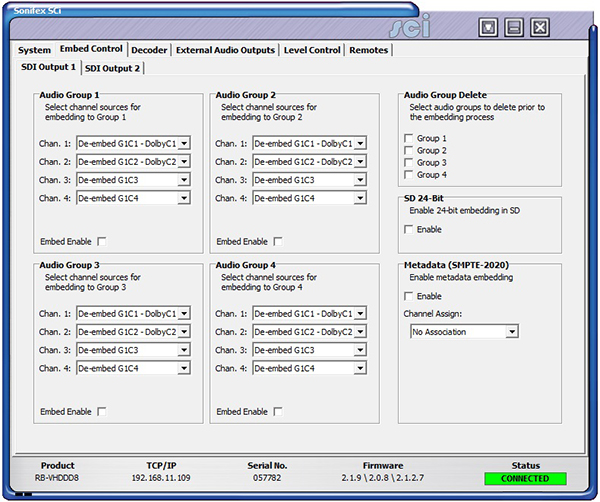 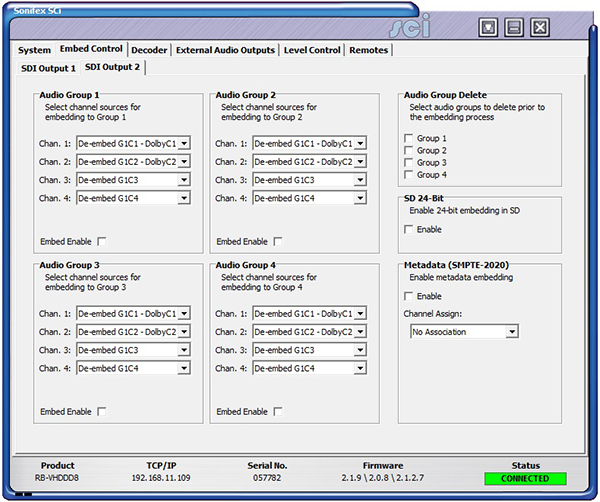 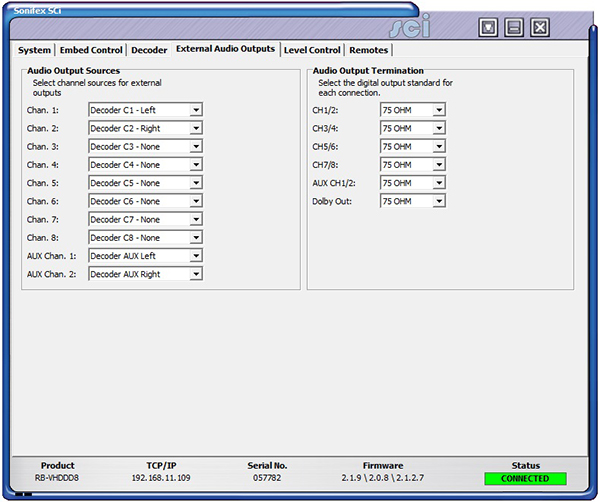 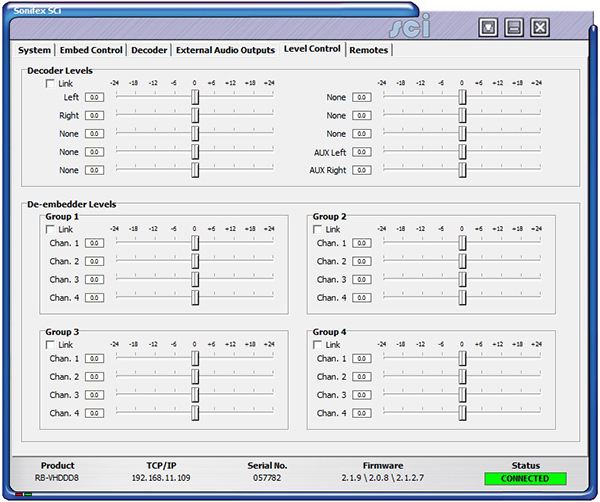 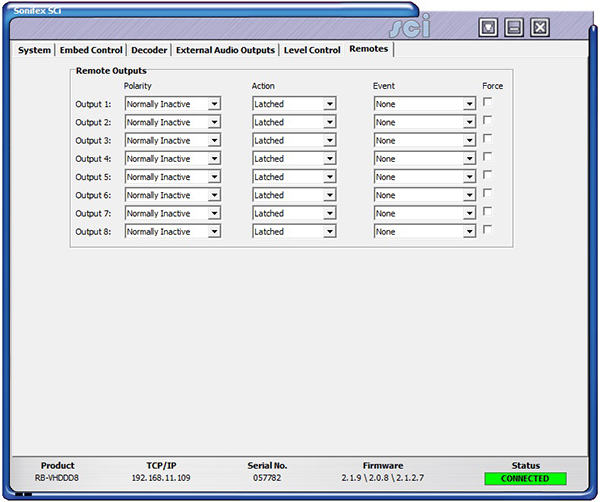 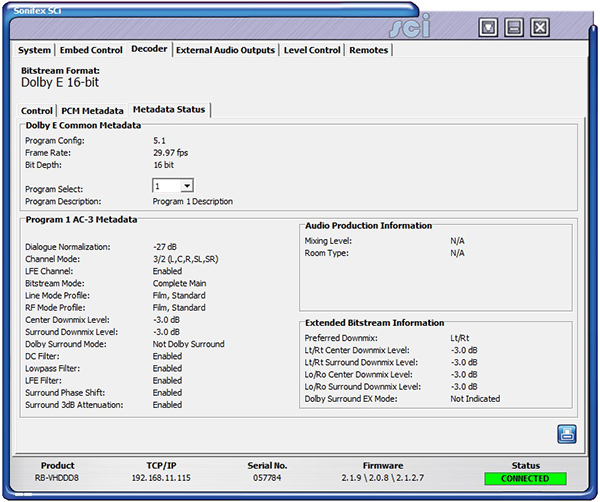 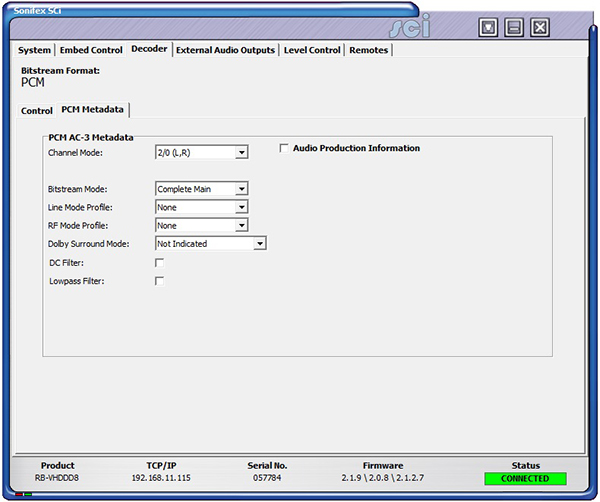