Sonifex Sign Performing as Expected on The BBC TV Programme, The Choir 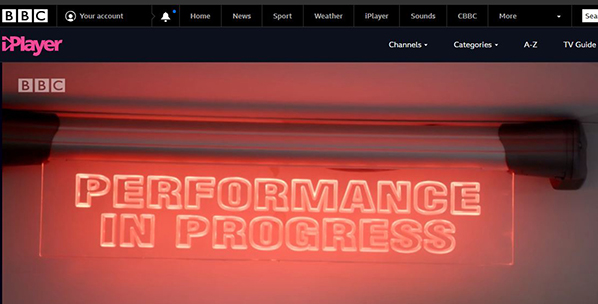 In June 2017, Kensington Aldridge Academy, the school next to Grenfell Tower, had to relocate following the fire that claimed 72 lives. Five of the victims were students of the school. In this two-part series, the BBC follow the pupils of KAA as choirmaster Gareth Malone helps them create a special concert to mark the return to their original school.

Moments before the concert begins, the camera goes back stage and we get a glimpse of a Sonifex Signalled RGB Studio Sign with the words: "Performance in Progress". The SignalLED range of illuminated RGB LED signs are designed for outside recording, on-air & production studios, meeting rooms, conference rooms and for fixed installations. The sign itself contains the control electronics, and RGB LEDs are used, so the signs can be simply configured onsite for your particular requirements.