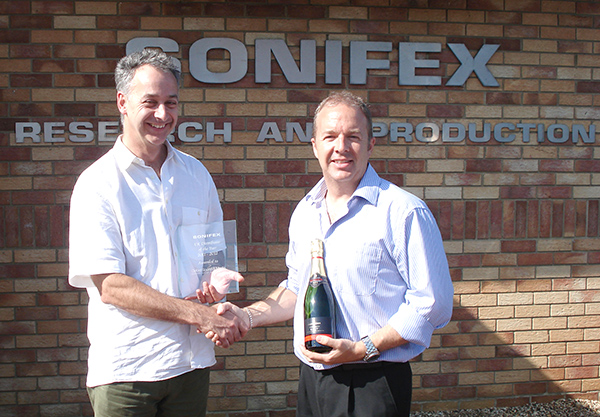 Presenting the award to Oxford Sound & Media, Marcus Brooke, Managing Director of Sonifex, commented: “We’ve been involved with Andrew and his team for many years and this year has been particularly productive with collaboration on a number of large projects that Oxford Sound & Media have undertaken. We’ve designed a desktop monitor with them, over 2000 of which have been installed across the UK over the last 18 months which has contributed largely to our continued success.” 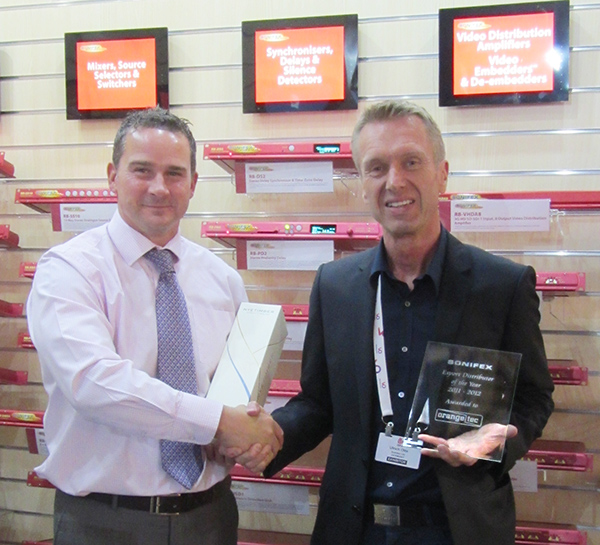 Presenting the award to Orange Tec was Richard Butlin, Technical Sales Engineer for Sonifex: "Our sales in Germany have gone from strength to strength and Orange Tec has excelled itself in promoting the Sonifex brand to the German market. We’ve got a very close professional relationship with Ulrich and it’s a pleasure to work with him.”

Ulrich Otte of Orange Tec, commented: “Our hard work this year has paid off again and I’m so happy to accept this award. The German version of the Sonifex website is creating many sales opportunities and the German market seems to be strong in the broadcast sector. We’re hoping that this will continue next year.”